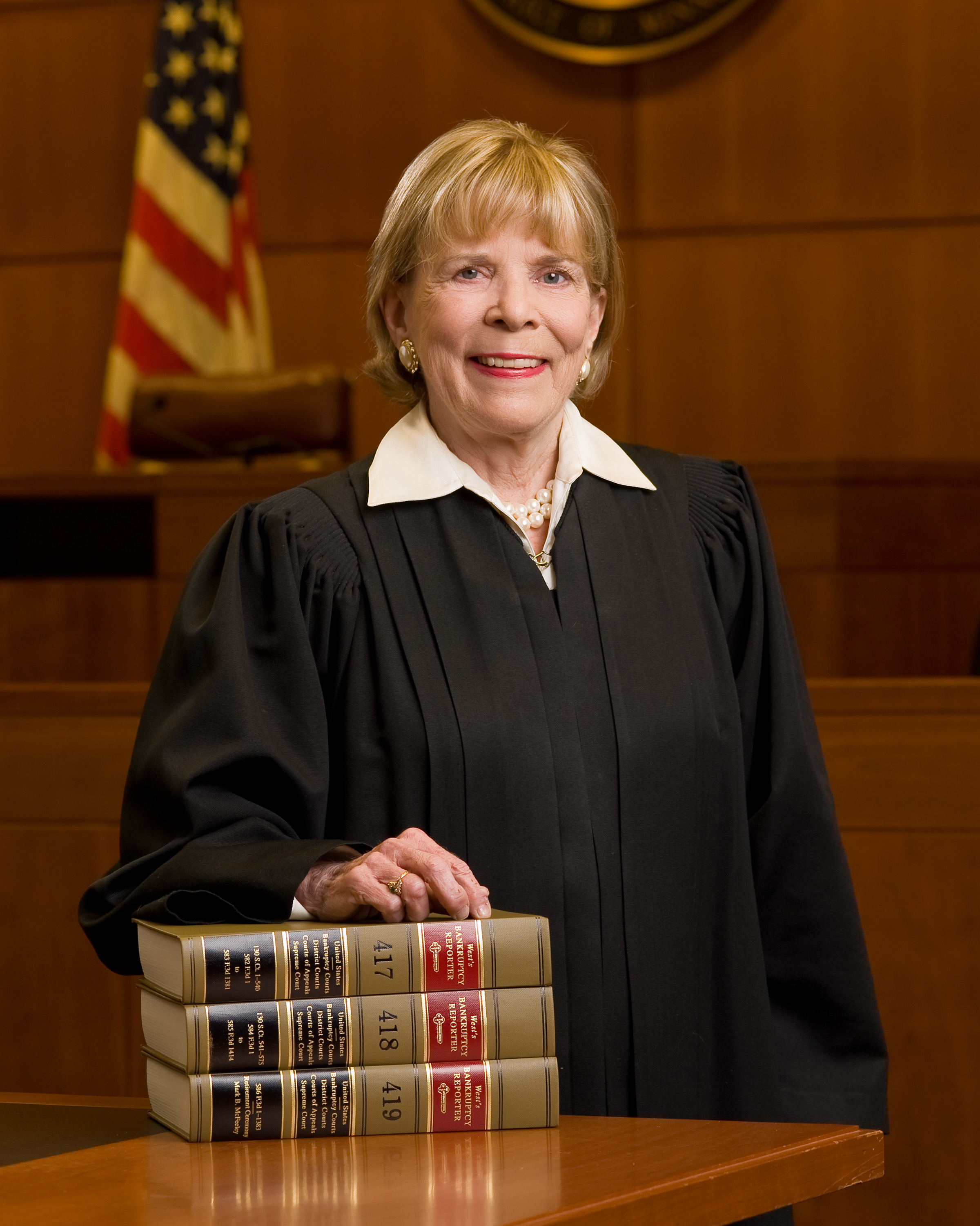 Over her career, Judge Nancy C. Dreher’s  impact, influence, and contributions to the legal profession were substantial. Through her leadership, she showcased a steadfast commitment to professional excellence, legal education, and accessibility to justice. After graduating first in her class from the University of Wisconsin Law School, she served as law clerk to then-Chief Justice Roger J. Traynor of the California Supreme Court in 1967.  She then practiced law as a commercial litigator at Leonard, Street and Deinard. In 1988, Judge Dreher began her 25-year tenure as a United States Bankruptcy Judge for the District of Minnesota. During that time she became the first woman chief judge of a federal court in this district, and was a member of the Bankruptcy Appellate Panel for the Eighth Circuit. In addition to issuing oft-cited judicial decisions of nationwide importance, she coauthored the Bankruptcy Law Manual, and was Editor-in-Chief of the American Bankruptcy Law Journal and the Bankruptcy Service Current Awareness Alert. Judge Dreher was an adjunct professor at  William Mitchell College of Law and the University of Minnesota Law School. She was also an active member in the American College of Bankruptcy, as well as many other associations. Judge Dreher was fierce in her support of the right to equal justice under the law. She helped create and foster the pro bono programs co-sponsored by the Bankruptcy Section of the Minnesota State Bar Association, which have served as a model for similar programs in many states. Despite her death in 2012, Judge Dreher remains a towering figure, remembered in Minnesota and by the bankruptcy bench and bar throughout the United States.

The Judge Nancy C. Dreher Award honors a member of the Bankruptcy Section for deep commitment to the provision of pro bono legal services in the area of bankruptcy and debtor-creditor relations, manifested by career-long involvement in service provision and program support.  Its recipients share Judge Nancy C. Dreher’s unyielding commitment to the broader community, professional excellence, legal education, and leadership.